What is the number one ingredient for success?

There are many guru’s out there who point to ways in which you can succeed in life and business but there is always a common thread in my opinion.

It just doesn’t happen, does it? Success? I believe there is a common ingredient to becoming succesful.

It isnt though hoping and wishing. It isn’t through prayer without action. We are not rewarded for just thinking and waiting for success to appear before us.

You will often hear of movie stars who are asked, “How did you become an over night success?” There is often a reply of the nature of, “You should have been around for the 10,20 years I was working hard trying to be an overnight success!”

To achieve true success, you need the strength of mind and body to struggle and work hard to reach your fullest potential. You need the right attitude, self-discipline and the ability to put your goal before your own needs, if you are really driven towards reaching success. There is, after all no substitute for hard work, and as Henry Ford says, “The harder you work, the luckier you get” – the more successful you get!

Do you play golf? Did you hear that great quote by the legendary man in black, Gary Player when asked about a lucky break on the golf course?  Known as The Black Knight, Mr Fitness or The International Ambassador for Golf, Gary Player is one of the most influential figures in the history of the game and he coined the phrase  “The more I practice, the luckier I get,”

In regard to our common theme here, Network Marketing, I have shared the principle of AOMA – All Out Massive Action in a number of posts on this blog.

What does AOMA mean? It means you work intensely hard for a defined period of time to build a success platform for your network marketing business.

Yes, there will be obstacles in your way. Yes. there will be challenges but the person who is truly worthy of the success that they attain has the ability to keep struggling until they reach their goal.

Giving up after a few failed attempts isn’t the way to make you a winner!

A truly successful person will keep trying and keep struggling until they perfect the skills to achieve their goals.

I am sure you will have heard the story of Thomas Edison who failed approximately 10,000 times while he was working on the light bulb and yet he never dreamed of giving up – this is the hard work and the determination that marks a true success.

There are many, many more well known people who achieved failure before they achieved success:

Oprah Winfrey was fired from her first TV job as an anchor in Baltimore.  Oprah reflected on her experiences during a Harvard commencement speech:

“There is no such thing as failure. Failure is just life trying to move us in another direction.”

Steven Spielberg was rejected TWICE by the University of Southern California’s School of Cinematic Arts.

There are so many. But they didn’t give up, not the successful ones, they continued to work hard and never gave up.

Success is not measured by the position that you are in, today but the amount of hard work you put in and the number of obstacles that you overcome to reach your goal.

I am reminded of the value of hard work by my network marketing sponsor who told me that he had a way that I could earn a very high 6 figure annual income.

He then began to how me how it was possible by achieving that goal within 6 months! He did that by being totally committed and working extremely hard for that period and now, despite a terrible debilitating car accident he can live off the rewards of those first 6 months.

This is the value of a network marketing business. It provides us with the reward of residual income once we build a strong foundation.

All of these exampls remind me, and I hope you, that as long as we work hard we can succeed on purpose.
Not through some gift, talent or by enjoying privilege but through graft – working hard on our passionate quest to succeed in whatever way we set out to do.

We are all different. The network marketing industry brings together many nations, cultures, ethnic backgrounds. That is what I love about the industry.

But success means we CAN be different. We CAN do things differently.

The common thread of the people who succeed in our industry is that those above us in our network marketing organisations, developed their business through hard work, determination, a will to win no matter what obstacles are placed in their way.

Let that be you too! Find your opportunity, your sponsor etc, and then go forward with determination. Map out your period of AOMA and do it until……

Please share your thoughts and successes below. I would love to hear from you. 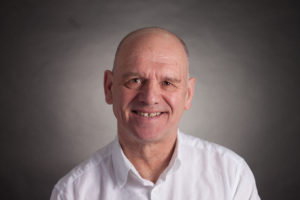 PS: If you haven’t recruited anyone, or fewer than 10 people, and you want to create a Social Media Frenzy This Course will Help

If you enjoyed this post about The One Ingredient That We Need To Succeed, retweet and comment please