This is a bit of a random post but I thought I would share some of the lessons I learned from my favourite book – Catch 22.

I am often asked on facebook etc by people who are trying to begin a thread, “What is your favourite book and why?”

There are often very noble thoughts on personal development and such and I get that completely.

I have had some great inspiration from lots and lots of books written by many amazing personal development and business leaders.

When I was in Leisure management I became passionate about Total Quality Management and a book that I found inspiring was In Search for Excellence by Tom Peters. Tom shared the experiences of lots of top company quality strategies and I was truly inspired. So much so that I became the first manager in England to qualify my Leisure Centres  for the Sport England Quest Quality Award. That was pretty cool, to get my award on the Bolton 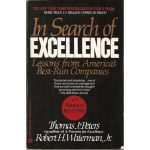 Wanderers football pitch and be featured in all sorts of promotional stuff.

So I know books can be inspiring and lead us to take actions that can improve our lives AND the lives of others.

You have probably already read my post on Mentorship and those that have inspired me – many of them through their books. In fact my mentor Ray Higdon has just recommended The Reluctant Entrepreneur by Michael Masterson. So that is going to be my long haul flight to Thailand read next week. (August 2017). 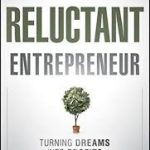 Sometimes I am immediately set on a new mission from the inspiration from a book. My friend Barbie Figueroa refered me to a book recently. It was a book by Mornay Johnson called Godly Success. I value her opinion and I bought it straight away. It talks about Unlocking the Door of Prosperity In Your Life. It was a good read and I learned a lot. With each book I guess even if we just take one thing out of it we have invested in our personal growth. From Godly Success my 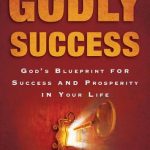 main learning was not to feel guilty about wanting to make money as long as the continuing growth in our business has approaches that are kindly and  contribute to your community.

I was a very young man when I was posted to Singapore whilst serving in the Royal Air Force. In fact I was a couple of weeks off 18 and I was pretty naive to say the least. Singapore just blew me away. 1000’s of miles away from the U.K., I had never been abroad before. This was such an awe inspiring change for me. I had just qualified from RAF Cosford Boy Entrant Training, and served just 10 months in the U.K. before I was posted to Singapore.

I ended up in the company of a lot of older guys and there were influences from all over the place. I loved sport, so I began playing water polo and rugby and I used to practice diving off the 5 metre diving board and generally having fun.

My life changed though, when I met my friend Jack. He was a bit of a rebel and pretty worldly. A wannabe rock and roll guitarist. (Actually Jack is still playing his guitar in clubs in the Czek Republic, but I digress.)

Jack was an avid reader and he began sharing books with me and I got the bug.

One book that effected me more than any other was Joseph Heller’s Catch 22. Now we hear those words in conversation often but in 1965/66 when I was introduced to it, it was totally new to me. The book was first published in 1961, I believe. It was set in the Second World War and it was decidedly Anti-Establishment.

The supposed hero of the book was Captain John Yossarian, a World War II bombardier stationed on the island of Pianosa. He is an individualist who seeks to protect his own life by fleeing to the hospital. He just didn’t want to fly and he saw being admitted to hospital as his key to safety.  However there is a Catch…. Catch 22. This referred to an Air Force rule whereby a pilot continuing to fly combat missions without asking for relief is regarded as insane, but is considered sane enough to continue flying if he does make such a request.

Crazy eh? Well I just delved into this funny, crazy book and it virtually changed my perspective on life forever. Now whenever I hear people justify failing at something or expressing disappointment that something hadn’t gone right by using that phrase, I

remember being a young man who was inspired to think differently. I was breaking away from being institutionalised and becoming an individual.

There were strange and wonderful goings on in Catch 22 and, although it is a bit dated now, I would definitely check it out and share your thoughts below.

So I learned that as long as I knew the path I wished to take, I would succeed if I just kept going.

From Yossarian I learned that I could be different in a regimented world of ordinary expectations. I laughed at his craziness and the craziness of the other characters in the book. Heller inspired me to look for other anti establishment books like those written by JP Donleavy and others, but from the real hero of the book (no spoilers here) I learned a valuable lesson that would serve me for the rest of my life.

Once I set my mind on something, I just won’t give  up until it’s done.

So, from a network marketing perspective, that’s the message from me – Don’t Give Up Until It’s Done!

The Universe wants you to succeed, even if your family and friends doubt you. As long as YOU know what you want and take daily action steps, no matter how small, to achieve your goal, you WILL succeed.

Yossarian tried to take shortcuts, but the real hero of the book didn’t. He knew what he wanted, he took regular actions to achieve it, and one fine day he achieved what Yossarian’s craziness and shortcuts could never do. 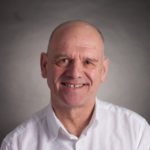 PS: If you haven’t recruited anyone, or fewer than 10 people, and you want to create a Social Media Frenzy This Course will help.

1 thought on “Lessons From My Favourite Book – Catch 22”